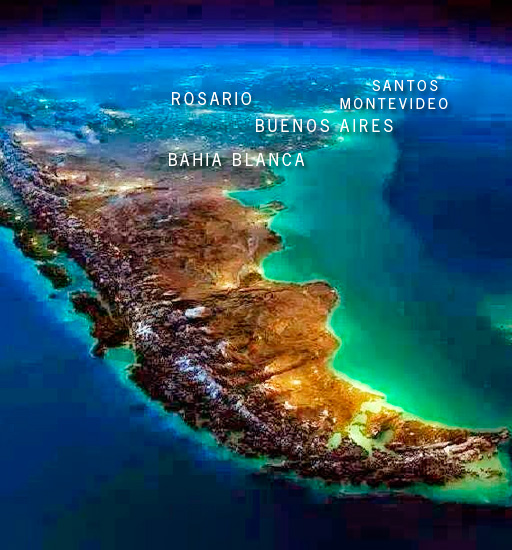 Control International S.A.,is a family owned Argentine-Dutch company of Cargo Surveyors established in Buenos Aires almost 80 years ago. Since then, we have been controlling, analyzing and certifying all kind of agricultural cargoes and foodstuffs exported from the River Plate and South Atlantic Ports to consumer centers all over the world.

We are a long time member of GAFTA and FOSFA, our organization is registered in SENASA (National Service of Health and Agro-Food Quality) and our “Certification Process” is ISO 9001:2015 certified.

On a local level, we belong to the Argentine-Dutch Chamber of Commerce and to the Argentine-Chinese Chamber of Commerce. We are also a close collaborator of The Islamic Center of Argentina promoting the Halal Certification for food exports bound for Muslim destinations and our firm is one of Cargill Argentina’s major local superintendents with over 20 million tons controlled for them since 2004.

Finally, we are proud to mention that The World Food Programme of the UN has appointed us as one of their approved surveyors for their purchases of food and commodities in Argentina and neighboring states.

Founded in 1939 in Argentina by a Dutch grain trader, the house was managed by one of his nephew for over 40 years and, nowadays, it is the third generation of the van Tooren family who successfully runs the business.

Our headquarters are in Buenos Aires but we have operation bases in the ports of San Lorenzo, Rosario, Necochea and Bahia Blanca –from where we cover all major loading facilities in Argentina- and in the ports of Montevideo and Nueva Palmira in Uruguay.

For close to 80 years now, we have supervised and certified barges, holds, vessels, fields, trucks, containers, warehouses, silos and trains being our reports supported by the experience and knowledge gathered during decades of work.

As a result of a trip to the MENA Region in 2017, Control International S.A. has since then put together a unique Network of Cargo Surveyors to assist Argentine commodities exports at disports in more than 20 countries spread throughout North Africa, the Middle East and South East Asia.